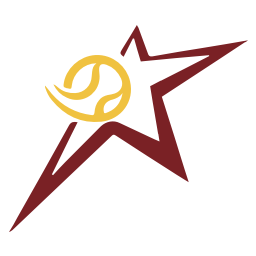 A Belgian national, Bastien has held the Belgian Tennis Association's Level 3 Coaching Diploma (Highest Level) since 2008. For more than six years, Bastien was in charge of the development of the best young national elite players of the reputed Royal Belgium Tennis Federation. A dedicated Tour Coach with valuable experience on the ATP & WTA Tours and ITF Circuit, Bastien has worked for the past eight years with groups of talented players on every continent implementing his rigorous & ambitious method for aspirant & professional tennis players.Before Hong Kong Golf & Tennis Academy, Bastien was Six Sense Tennis Academy Director at Justine Henin & Carlos Rodriguez Tennis Academy, General Director/Board of Directors at BATD, and Director of the Pro Team at BATD (Belgium Association for Tennis Development). Fluent in English, French, Greek and Spanish, with conversational Mandarin and Catalan, Bastien has built an international team prepared to take Asia to the next level.

HEAD OF AFTER SCHOOL PROGRAMME

Damian is a genuine product of the Lluis Bruguera training philosophy, as he developed his game for over eight years at our headquarters in Barcelona. During his six-year coaching career, Damian was one of the head coaches at the emblematic Sanchez Casal Tennis Academy in Spain.The Spanish native specializes in training young players, future champions and active professionals from all over the world. His extensive experience on the international circuit ATP/WTA/ITF makes him one of our most substantial assets.Holding the highest honours of the Spanish Tennis Federation coaching development scheme, Damian's goal at the Academy is to produce the first ATP/WTA TOP 100 player born and fully trained in Asia.

A former ranked 5 in the world junior and a career-high 201 ATP player, David has become a determinant factor in the success of the Bruguera Tennis Academy. Living in Spain since he was 15 years old, having his game developed by the best coaches in the world, David carries a highlighted experienced playing career onto an already well-supported coaching staff. Since his retirement, the Venezuelan native has internationally coached top junior and professional players travelling on the ITF and professional circuit.

As a professional player, he reached the number 671 of the ATP singles ranking. He also won several doubles titles and earned the rights to represent his country, Venezuela, in junior competitions and Davis Cup. After his retirement, he devoted himself to studies and graduated as a journalist while also working as a high-performance head coach at the Venezuelan Tennis Federation, contributing his experience to the best juniors of his country. In 2015 he moved to London where he finished a Sports Journalism Masters degree at the prestigious St. Mary's University. During Miguel's four year stay in London, he also accomplished seven different levels of coaching development, specializing in tennis technique and youth development at the Roehampton Club located in South West London.

Titled as a National Teacher by the Board of Professional Tennis in Spain, the European Registry of Tennis Professionals and the International Coaches Institute, Mario is a fully skilled coach ready to improve any players game, from a begginers to an advanced level.

The Spanish native also achieved the Mental Toughness Certification Program developed by Dr Jim Loehr, a world-renowned performance psychologist and co-founder of the Human Performance Institute, giving Mario the tools to improve any aspect of your mental game.

A former NCAA Division I player in the United States and professionally ranked athlete, Juan Matías brings a fantastic playing experience to the Bruguera Tennis Academy Hong Kong. As a coach, the Chilean native worked at the Justine Henin Tennis Academy, primarily with ITF and Pro players, travelling on the circuit throughout Europe providing them with pre-match specific tactical patterns, routines, and off-court organizational duties. Juan also worked as a head coach at the Te Kura Tennis Club, New Zealand, travelling to national tournaments with top junior players while also developing his coaching skills training a wide variety of playing standards, including youngsters (6-7 years old) and adults.

Aymet is a former professional player who reached a career-high ranking of 601 in singles and 195 WTA doubles, winning five doubles titles on the ITF women circuit.

The Venezuelan native made her debut for the Fed Cup team in 2014 and currently holds an 8–8 win-loss record playing for her country.

Throughout her professional career, Aymet has gathered well-regarded experience as she developed her game all over the world. Including leading countries in tennis such as the United States, Belgium and Germany.

Having graduated from the Australian Tennis Federation, Oscar is a highly experienced coach capable of developing players of all levels.

The British native was selected through the Talent Identification programme for young coaches launched locally by the Bruguera Tennis Academy Hong Kong in 2015. Since then, he has been profoundly moulded into the Bruguera philosophy making him a key element to our academy success.

Now certified as a Burguera Academy Head coach, added to his international background and cross-cultural upbringing, Oscar has a strong foundation to develop youngsters into elite players.

Over the past 15 years, Tom has developed a successful career in the fitness industry, which has included a variety of roles, from management to developing high-performance athletes.A brilliant football player in his youth, he brings an innate understanding of competitive sports and the commitment required to reach an elite level.Passionate and committed, he nurtures promising athletes with single-minded dedication and enthusiasm.